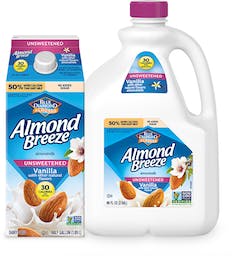 If you like a lot of frosting, we suggest doubling it.

To make overnight cinnamon rolls: After placing rolls into the greased pan, simply cover, place overnight in the fridge and then bake them in the morning as directed. Bring my cinnamon rolls to room temperature first by leaving them on the counter for 30 minutes before baking (this is known as the second rise).

*Feel free to use regular butter and cream cheese if you are not vegan or dairy free.